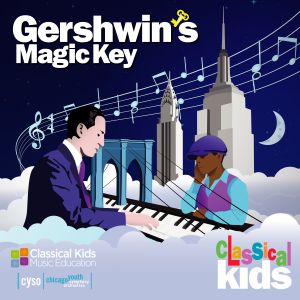 Gershwin’s Magic Key is the first-ever educationally entertaining musical story introducing children to the extraordinary life and musical masterpieces of one of America’s greatest composers!

Gershwin’s Magic Key steps into New York City of the 1920s, where a newspaper boy has a chance encounter with George Gershwin, and they explore the many sights and sounds of the city. The music is magically woven into a 50-minute story as the characters share anecdotes and observations based on true incidents from the composer’s life. The recording features more than two dozen of Gershwin’s most popular compositions. Presenting history, drama, music and fun, this engaging musical story is designed to be enjoyed by the entire family.

The Children’s Group is excited to release the studio recording of the Classical Kids LIVE! production, Gershwin’s Magic Key, featuring the Chicago Youth Symphony Orchestras and including the two actors featured in the original live concert, which premiered with the National Symphony Orchestra at the Kennedy Center for the Performing Arts.

The award-winning Classical Kids Series has created new generations of classical music fans through its unique blend of dramatic stories based on historical fact and musical masterpieces by the world’s best-loved composers. Now with millions of recordings sold and over 100 prestigious awards and honors, including an unprecedented 6 JUNO Awards for Best Children’s Recording, Classical Kids is considered the leader at introducing children (and adults) to the lives and musical masterpieces of the great composers.

This recording is produced by Classical Kids Music Education, a non-profit organization that produces live stage adaptations of the Classical Kids audio series. More than 500 orchestras performing for over two million audience members around the world have presented these captivating and inspiring productions providing families with an exciting and educational point of entry into the world of music.

Classical Kids chose the acclaimed Chicago Youth Symphony Orchestras to play for this project in order to increase the recording’s impact and inspire an excellence in young people - both those playing and those listening - to reach beyond themselves and their own potential. 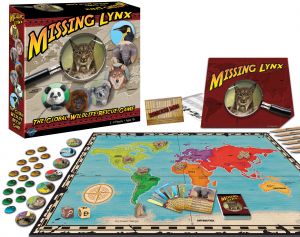 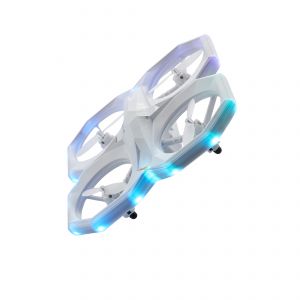 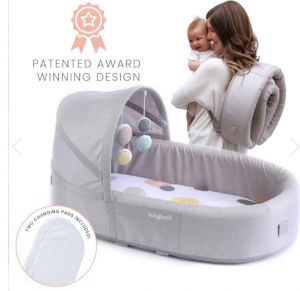