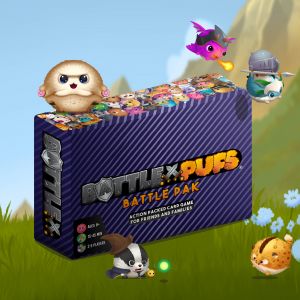 Battle Pufs is a fun family battle royale game that involves some of the cutest creatures you can imagine! Use your Pufs to go to battle with your opponents and assure your victory by being the last puf standing.

The game includes 2-5 players
Is 15-45 mins
And being 8+ Battle Pufs can be played by anyone in the family!

The gameplay is quick, easy to set up and easy to play.

Gameplay comes with 2 options.
Battle royal where sole survivor wins OR timed royal where you decide how long the game will last. In Time Royale when the pre-determined time is up the winner with the most stars added up at the bottom of their puf cards wins.

This gameplay is a great function that was added in case you only have 10 to 15 mins you can still play a quick game. Sometimes these games can last longer than you think so it's nice to have that option.

With only two decks in the game, this makes for an easy set up and quick clean up. The two decks include the purple Battle deck and the orange Pufs deck in the Battle Pak.

To set up, give every player 3 puf cards face up. Also give each player 7 battle cards that they keep secret. These cards are the ones you use to defend, attack, or use a variety of power abilities. You can use as many of these battle cards as you want on your turn.

When attacking other players puf you pick one of your pufs you want to attack with along with an attack card from your deck and choose an enemy Puf you wish to attack. The defending player must play a defend card or their Puf is defeated!

The battle deck has lots of different pufs that allow you to do different things, like turning your pufs invisible (turn it upside down) or to steal another player’s card randomly.

I love the artwork on this game! These little pufs that are sooo adorable when they are not angry. Overall, this game is addicting and a blast to play! Its lightweight strategy makes this game fun for everyone in the family! I think Battle Pufs really is the most electrifying game of the year! It definitely is the best card game we have every played!:) 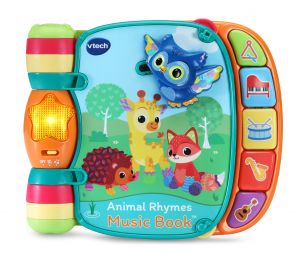 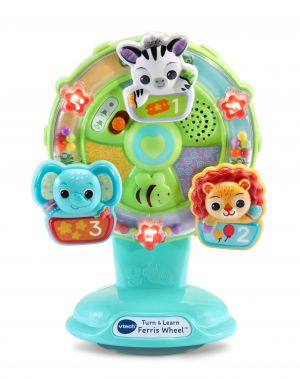 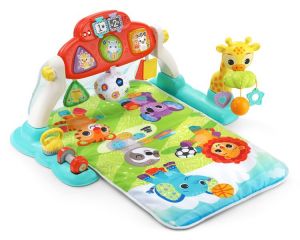 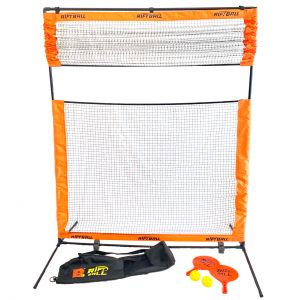